This weekend offered a shocking and shameful example of American exceptionalism at its worst: two mass shootings within a span of 24 hours. Only one day after we published a Child Watch Column calling on leaders to end the gun violence epidemic that took the lives of two children and one adult at the Gilroy Garlic Festival, another 22 people were killed and dozens more were injured at a Walmart in El Paso, Texas while back-to-school shopping and fundraising for a local little league team. Just 14 hours later, nine more people were killed with an AR-15 assault rifle in Dayton, Ohio. These tragedies ushered in a new and horrifying reality for children and parents in America: now, on any given day, we must worry not only if there will be a mass shooting but also if it will be the only one. Meanwhile, senseless violence continues to tear through the streets our children walk to and from school, run them down on the corner, attack them on their porches, and kill them with guns every 2 hours and 34 minutes.

When will we come to our senses? When will we change course and value children’s lives more than guns, gun manufacturers, and the NRA? When will we end the relentless violence and carnage that has come to characterize childhood in America?

Shortly following the tragic massacre at Columbine High School in 1999, the Children’s Defense Fund published a series of advertisements to call attention to our gun violence crisis and inspire swift action. The ads featured haunting headlines like “Remember when the only thing kids were afraid of at school was a pop quiz?” and “This can’t be what our founding fathers had in mind.” Many posters made powerful points that still resonate with viewers today, such as “Peace of mind is a cruel victim of random violence.” And every poster issued the same directive: “It is time we protect children instead of guns.” 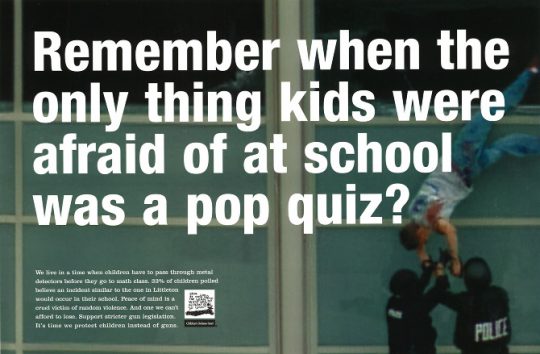 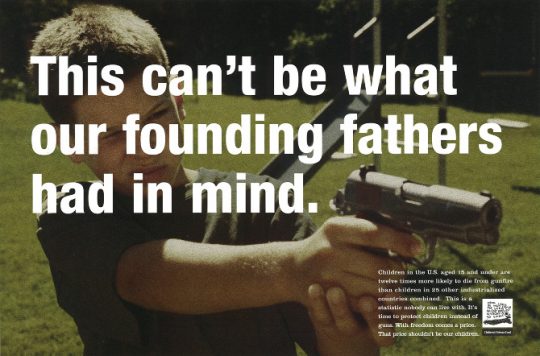 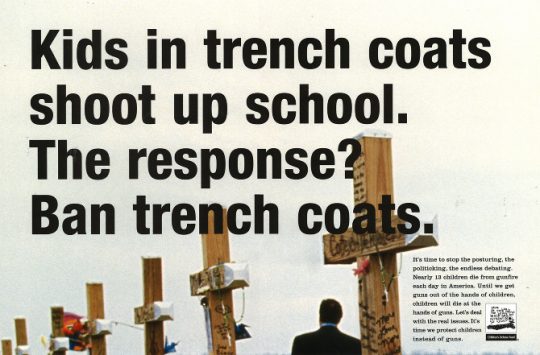 Enough is enough. Comprehensive gun violence prevention measures are long overdue. The House of Representatives has successfully passed several bills to keep guns out of the hands of those who’d use them to harm our children and communities, but the Senate has refused to even bring these measures to a vote and give our children a chance to grow up safely. We must demand Senate Majority Leader Mitch McConnell and U.S. Senators reconvene immediately for an emergency vote on this life-saving legislation. We don’t have another moment or another child to waste.