The CDF Freedom Schools® program is rooted in the history and vision of the Civil Rights Movement, and Black leadership propels the program to this day. Every day at CDF Freedom Schools, young scholars learn about, reflect on, and apply the lessons of real-life Black heroes. In that spirit, we’re celebrating Black History Month by asking the staff of some of our exemplary CDF Freedom Schools sponsor organizations to tell us who inspires them and whose footsteps they seek to walk in as they serve our country’s children. 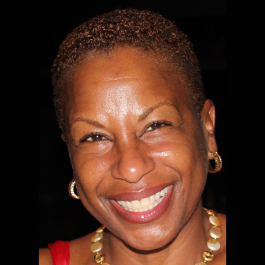 The historical figure that inspires me the most is Malcolm X.

What about this person’s story or legacy inspires you today?

Malcolm X was a man that grew from his experiences. He was exposed to the harshness of racism at an early age with the murder of his father. He was involved with drugs and crime and was held accountable with many years in jail. He became a Muslim while in jail. He joined the Nation of Islam and grew to be a favored son of Elijah Muhammed. He fell out of favor with Elijah and his followers when he asked for accountability from the Nation of Islam for their leader. He then went on a pilgrimage to Mecca. That changed him. He returned from his pilgrimage with a different head and heart. He had less hate in his heart for white people because he learned that Islam was embraced by many people, even those with blue eyes and blond hair. He became a man that wanted to make the world and humanity better – Black people and everyone else. When Malcolm X returned, he started the Organization of Afro-American Unity (OAAU). He remained a strong advocate for Black people and spoke out against systemic racism until he died. He was murdered on February 25, 1965.

Malcolm X lived, failed, learned, grew, and helped others do the same. He had the confidence and conviction to advocate for what he believed in with passion. He willingly risked his life in order to make life better for Black people in America. And with all that confidence and conviction, he was also able to say when he was wrong and make a change.

Malcolm X inspires me. He was an intelligent and courageous truth teller that loved his people, Black people. He spoke clearly, plainly, with conviction and humor. He had a way of sharing observations and making connections that put systemic racism and our complicity with the system into stark relief. He asked us to “look in the mirror” with him and make a change. Malcolm X was committed to making a difference. So am I.

How do you seek to live your life or serve the young people of your community in that person’s honor?

The three parts of Malcolm X’s life that I emulate are his love of and passion for Black people, his truth-telling, and his commitment to making a difference.

Malcolm loved us: “The common goal of 22 million Afro-Americans is respect as human beings, the God-given right to be a human being. Our common goal is to obtain the human rights that America has been denying us.”

Malcolm saw education as a path to making a difference: “Education is the passport to the future, for tomorrow belongs to those who prepare for it today.”

Freedom Schools has provided me a beautiful way to manifest my commitment to Black People, truth, and making a difference.

Supporting our young Black scholars in learning more about themselves, our history, and our accomplishments matters to me. Watching their pride and confidence in themselves grow as they acquire knowledge of our people and knowledge of themselves feeds my soul. Providing opportunities for our scholars to fall in love with reading and learning is vital. Reading and learning are key for one seeking knowledge and truth. And knowing the truth, pretty or ugly, helps ready our scholars for the world they will be a part of. It will prepare them to face that world and to make changes as necessary. And our scholars will be ready because each and every day they exercise their muscles for making a difference.

The views expressed above are those of the individual interviewed. 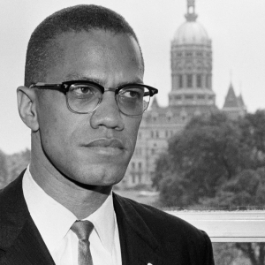