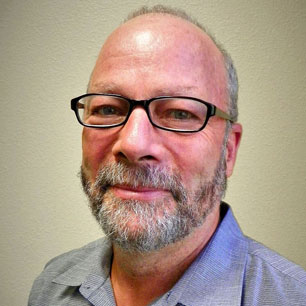 A leader in policy and advocacy for more than 23 years, frequent public speaker and national advisor, Patrick Bresette brings a broad understanding of how to work with and within the public sector to create positive social change for children and families. He joined Children’s Defense Fund as Texas Executive Director in 2014.

Mr. Bresette was previously the Executive Director of Public Works, where from 2004-2014 he helped to transform and build public will for the common good by engaging more Americans in an active pursuit of a government that works for all. He has traveled to dozens of states to train advocates, nonprofits, community leaders, public officials and organizers on how to defend public programs and the role they play in the lives of children, families and communities. From 1991-2004, Mr. Bresette was Associate Director of the Austin-based Center for Public Policy Priorities where he was responsible for launching the Texas Kids Count Initiative and spearheading the Center’s child advocacy work. He has led statewide coalitions in the development of shared legislative priorities and has testified frequently before House and Senate committees and administrative hearings on behalf of low-income Texans, especially children. He is a frequent consultant to the Kids Count network and presenter to funder affinity groups like Grantmakers for Children, Youth and Families.

“Patrick made an immeasurable and enduring contribution to Public Works’ mission, having inspired and equipped thousands of leaders and activists around the country to make a compelling case for public systems and structures at the local, state and federal levels…I am delighted that he will be in a position to resume work he has cherished throughout his career—bettering the lives of children.” – Public Works President and CEO Diane Stewart.

Mr. Bresette is a devoted husband, father of four, and grandfather to three young grandchildren in a vibrant bi-racial household in central Texas. He holds an MPA from the LBJ School of Public Affairs at the University of Texas at Austin and a BFA in Sculpture from the New York State College of Ceramics at Alfred University. He works from both our CDF Austin and Houston offices.