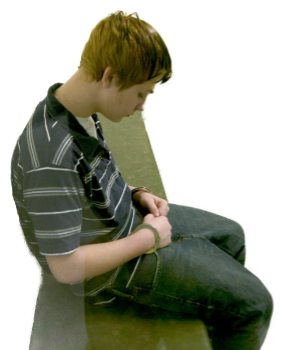 The number of children arrested and incarcerated has declined over the past decade, largely due to positive changes in policy and practice. However, America’s children continue to be criminalized at alarming rates and disparities have persisted. Many children—particularly children in poverty; children of color; children with disabilities; children with mental health and substance abuse challenges; children subjected to neglect, abuse, and/or other violence; children in foster care; and LGBTQ children—are pushed out of their schools and homes into the juvenile justice or adult criminal justice systems.

Even as child arrests and detentions have fallen, extreme racial disparities have persisted across the juvenile and adult criminal justice systems. Children of color, particularly Black children, continue to be overcriminalized and overrepresented at every point—from school discipline and arrest to sentencing and post-adjudication placements.

Boys, youth with disabilities, and LGBTQ youth also come into disproportionate contact with the juvenile and adult criminal justice systems.

Children do not belong in prisons. Incarceration does not support the growth and development of our children; it places them at risk and limits their access to resources.

As youth crime and arrest rates continue to decline, now is the time to re-imagine youth justice. We have better choices than incarceration: diversion, treatment, after school programs, and family support programs support children, keep communities safe, and save taxpayer dollars. It is time to end the criminalization of children and provide every child time and space for learning, mistakes, and restorative support from caring adults.

COVID-19 Magnifies the Harms of Incarceration

With continued reliance on criminalization and incarceration, our nation’s children—especially Black children—are being put at risk of lasting harm to their health, development, and well-being instead of receiving the resources and supports they need. This is especially true amid the ongoing pandemic.

Latoyia Porter of Louisiana is filing early release papers for her son, Treyjon. “We can do more for him on this side of the facility. He’s already served five years for vehicular theft, a non-violent crime,” she said. “With no rehabilitation services, what’s the point of having him in there?” Treyjon and other young people detained in Louisiana have had their rehabilitation services suspended; have been pepper sprayed by untrained temps; and have been denied COVID-19 tests despite having symptoms. “It’s really hard for a mother not to be in control of her child’s healthcare,” Latoyia explains.16

Living in congregate care settings with inadequate resources puts children like Treyjon at great risk of COVID-19. As of late February 2021, more than 3,750 young people in juvenile facilities and even more staff have been diagnosed with coronavirus across 41 states, the District of Columbia, and Puerto Rico.17 The roughly 44,000 incarcerated children across the country are living in fear of COVID-19 and are facing solitary confinement as a form of social distancing, limited access to PPE, limited or no visitations or contact with loved ones, and limited educational and recreational activities. To date, their needs have largely been ignored by federal lawmakers as they have crafted legislation to respond to the crisis.