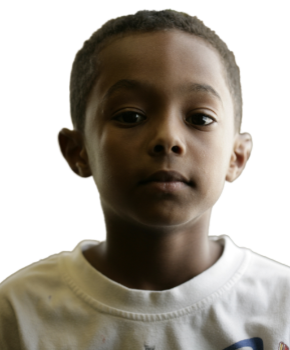 The year since the last publication of the Children’s Defense Fund’s State of America’s Children report has felt more like a decade. Consequential changes in the nation’s health, wealth, and leadership have occurred in ways that make the whole world seem different.

Shortly after last year’s release, we were forced to respond to the most significant health pandemic in a century, which has now taken more than 500,000 American lives. The advent of COVID-19 initiated an economic crisis and restructuring from Wall Street to each of our homes. Shelter-in-place orders, mask mandates, and mandatory shifts to telecommuting have altered whole industries and impacted the trajectory of the future of work.

Meanwhile, last summer brought with it a racial reckoning years in the making. The largest mass mobilization for social justice in recent memory occurred as a historic presidential campaign took shape. More than 155 million citizens voted in an atmosphere infused with white nationalism and culminating in an attempted siege of the U.S. Capitol. The protracted struggle for democracy led to a change in partisan control of the federal government and a first in executive leadership for women, Black, and South Asian Americans.

Every aspect of American life in the social sector has been impacted by these shifts more quickly than data can track; even the most recent available data sets do not fully encompass how this past year has shaped our lives. This, of course, includes our 2021 State of America’s Children report. Because, as one element of the report makes clear “Our Children are Not Immune.”

Young People are Not Immune

Children are being impacted at every level: physically, economically, academically, socially, and psychologically. As we consider child well-being in this country, this year’s report gives special attention to the various impacts of the pandemic.

Chief among concerns more difficult to measure and monitor are the impacts on how our children are processing this dramatic change. But a November 2020 report from the Centers for Disease Control and Prevention (CDC) paints an important picture. By examining emergency room visits for mental health, the CDC found increases of between 24 and 31 percent for people under the age of eighteen, compared to the same period in 2019. Unfortunately, policies regarding reimbursement for services, coverage inequities, and cultural stigma have contributed to emergency departments being the frontline of support for children’s mental health.

While more than 3 million children and youth have contracted the novel coronavirus in the United States, all 73 million are impacted by the sense of uncertainty and disruption of routine it has caused. Even the improvements in the second school year of online learning have not resolved concerns of social isolation and the loss of important life milestones, like graduation and the high school prom. This loss of certainty, consistent routine, and connection is leading to increased levels of depression and despair among our children and youth.

Black youth are especially vulnerable to 2020’s converging crises. COVID-19 and racial uprisings swept into Black communities wrestling with spiking child suicide rates. In December 2019, the Congressional Black Caucus’s Emergency Task Force on Black Youth Suicide and Mental Health released Ring the Alarm. The report found that Black youth under 13 are twice as likely to die by suicide than their white counterparts and the suicide death rate for Black youth is increasing faster than any other racial or ethnic group.

Time for Healing, Imagination, and Action

A year marked by such dramatic change and drastic negative impact on children’s lives must be followed by one of healing and restoration. This healing will require disciplined reflection, radical imagination, and bold action. Throughout the tumult of 2020, two of my most valued thought partners were the late writer and activist James Baldwin (with whom I share a deep intellectual resonance and a birthday) and Princeton professor Dr. Eddie Glaude, Jr.

Glaude reflected powerfully on “Jimmy’s” life in his 2020 book, Begin Again: James Baldwin’s America and Its Urgent Lessons for our Own. A revelation of critical import to me is Glaude’s highlighting Baldwin’s insight that times of reckoning and crisis call us to “do our first works over.” This is an invitation to re-examine our foundational commitments, values, and stories to faithfully craft a future.

The Children’s Defense Fund is walking this path of examination. The board and staff entered the year in discernment about the first leadership transition in our history. After having made the decision, we initiated a process of organizational, programmatic, and operational planning holding our “first works” and children’s needs in conversation.

As a result, even in what President Biden has called a “dark winter” considering the pandemic, the Children’s Defense Fund envisions a nation where marginalized children flourish, leaders prioritize their well-being, and communities wield the power to ensure they thrive. From where we currently stand, this is a radical vision. Yet, we are committed to work – with you – to make it happen.

Join us. Allow this data, compiled by our extraordinary public policy team, to inform your disciplined reflection. But don’t stop there. Pause and imagine a country where flourishing children smile, sing, and dance. Talk to young people about what they desire for their lives. Then gather your neighbors, friends, and colleagues to work together and improve the state of America’s children. We will be with you every step of the way. 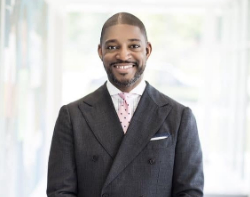