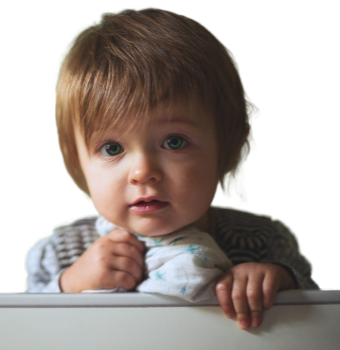 A family’s income is critical to ensuring basic needs are met for a child’s life. Income, which is the revenue a family receives, either from work or return on investment, helps a family put food on the table and keep a roof over their heads. Income inequality is the extent to which income is concentrated among the wealthiest few rather than shared equally among all earners. In the U.S., our economic rules have favored the rich at the expense of our communities’ well-being, especially communities of color. People are working harder than ever, but a powerful and wealthy few CEOs, corporations, and billionaires reap the benefits, raking in record profits off lower-income workers’ production while their families struggle to get by.

On the surface, data tells a rosy story about incomes in America; median household income grew by 4.5 percent between 2018 and 2019 to $65,712, the highest level in history.1 But in recent decades, incomes have grown very quickly for the rich, and relatively slowly for everyone else. Since 1979, incomes for the top 1 percent of earners have grown by 261 percent, compared with only 49 percent for the middle 60 percent of earners.2 These unequal growth rates have produced some astonishing present-day income disparities:

In short, incomes have exploded for the rich, while creeping up slowly for the vast majority of earners, a fact that has corrosive effects on the American Dream. Slow-growing family income means that economic mobility is on the decline and children born into low-income families may grow up to make less money than their parents.7

This is not by chance. For centuries, our nation’s policies have been intentionally constructed in a way that has disproportionately denied families with low incomes, especially families of color, the opportunity to build wealth. Racist housing policies, for example, led to differences in homeownership rates that today account for nearly one-third of the racial wealth gap.13 As a result of such policies, racial income and wealth inequality in our nation is staggering. For example: 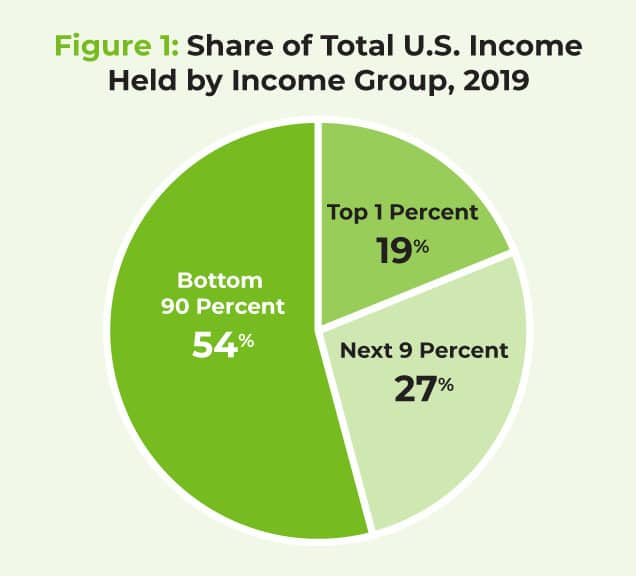 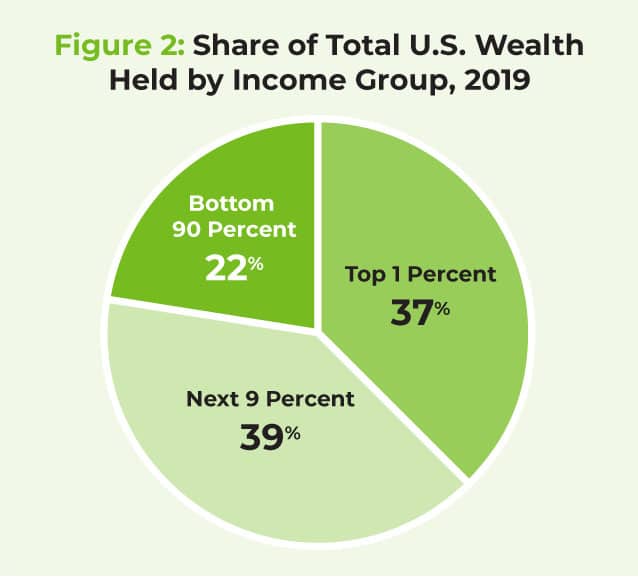 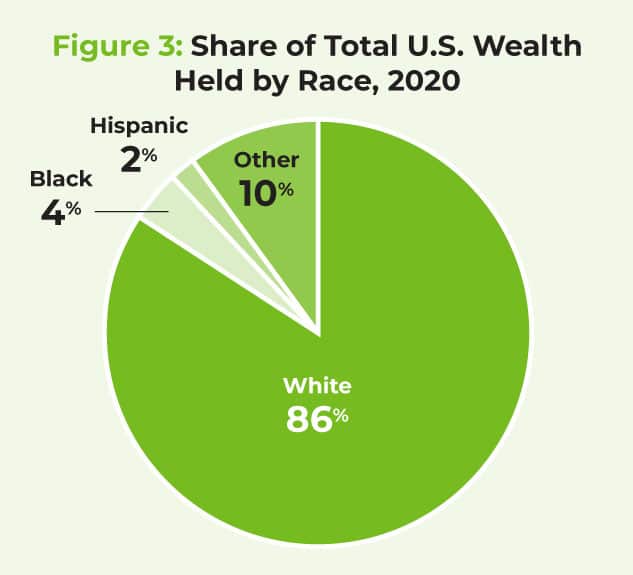 COVID-19 Made the Rich Even Richer and Widened Inequality

As the COVID-19 pandemic raged and millions of families lost jobs, a familiar pattern accelerated: the rich got richer, while everyone else suffered.

While low-income workers were laid off at staggering rates, the wealthiest few saw their fortunes expand dramatically. According to an Institute for Policy Studies analysis, the combined wealth of all U.S. billionaires increased by more than $1 trillion between March and December 2020, from approximately $3 trillion to about $4 trillion.23 Elon Musk’s net worth increased by about $100 billion during the pandemic.24 Jeff Bezos’s fortune grew by about $70 trillion.25 Although the stock market, took an initial hit in the spring, it has since recovered and remains near an all-time high.

Racial inequality has continued to widen during the pandemic as well. Black, Hispanic, and Indigenous communities were more likely to get sick and die from COVID-19 in addition to having greater chances of becoming unemployed during the pandemic, despite being overrepresented among “essential workers.”26 As the economic recovery progressed, job and income losses for white people bounced back much more quickly than for Black or Hispanic people.27