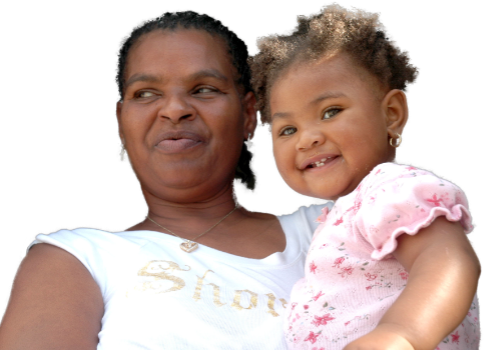 A CHILD IS REMOVED FROM THEIR HOME AND PLACED INTO FOSTER CARE
EVERY TWO MINUTES.

The child welfare system is in the midst of a paradigm shift that recognizes the critical importance of supporting families so children can remain safely at home and foster care is used only as a last resort. With the historic passage of the Family First Prevention Services Act (Family First) in 2018, states and tribes can now utilize guaranteed child welfare funds to provide certain evidence-based services and programs to stabilize families and prevent the need for foster care.1 However, Family First, which is still in early stages of implementation, is just the first step to ensure children can thrive with their families.

The U.S. has deeply underinvested in the upstream services that support families and keep them strong, services that extend well beyond the bounds of the formal child welfare system and into housing, economic support, and other critical services, and this was exacerbated in 2020 by the COVID-19 pandemic. By investing in keeping families strong, we can prevent child maltreatment and give all children the opportunity to thrive.

In 2019, 651,505 children were victims of abuse or neglect, a decrease of 21,643 compared to the previous year (see Table 27). That means, on average, a child is abused or neglected every 48 seconds in America, 1,785 each day.2 More than half of all child maltreatment cases in 2019 involved children who were six years old or younger, with 14.9 percent of cases involving infants under one.3 Of these children, 251,359 entered foster care.4

Children do best when placed with families, preferably their own relatives, but some require a level of mental or behavioral health treatment that can only be provided in a congregate (non-family) setting, such as a group home or child care institution. Congregate care is meant to be temporary treatment, but children are often inappropriately placed in these settings without a clinical need or are held long after their clinical needs are met.

Foster care is intended to be temporary, with the ultimate goal of returning children safely home to their families. When this is not possible, children must be placed into permanent homes, either through adoption, guardianship, or other arrangements with relatives. In 2019, 248,669 children left foster care after an average of 20 months in care.14

More resources are needed to ensure that every child can grow up in a safe, stable, and loving family.
By dramatically increasing investments in family support, we can keep families strong and prevent the need for foster care. Making this early investment will free up necessary resources to improve the child welfare system for the families that do need it, including specialized treatment services to help children heal from the trauma they have experienced and robust supports to help families reunify safely.

Stressors caused by the COVID-19 pandemic that are detailed throughout this report —economic, housing, and food insecurity, school and child care closures, and decreased access to services and supports—are testing the resilience of families. Stress directly impacts the ability of parents to safely care for their children and an overload of stressors without sufficient support contributes to child maltreatment.18 As the pandemic places unprecedented stress on families, it also made it more difficult for them to access the services that help them to remain strong. In response, the child welfare system has had to rapidly adapt to help children remain safe with their families.

The pandemic weighed especially heavily on older youth in extended foster care and on youth who have recently aged out as they often lack the resources and connections that other young people have relied on to weather this crisis and face staggering levels of job loss and food insecurity.19 Additionally, kin caregivers, especially the approximately 2.5 million kin caregivers raising children outside the formal child welfare system, have been made particularly vulnerable as they are disproportionately older and at high risk from the virus.20

The pandemic has laid bare the fact that too many families were in a precarious position before the pandemic began. It has made clear that we must invest in the strong families and communities that keep children safe.