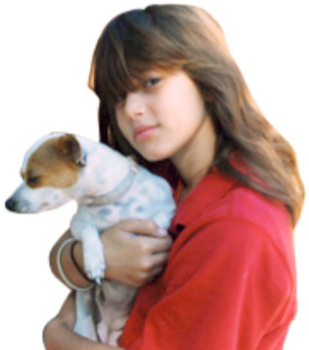 71%
OF CHILDREN IN POVERTY ARE CHILDREN OF COLOR

The COVID-19 pandemic has not only disrupted the everyday lives of our children, it has also exacerbated our nation’s greatest moral disgrace: child poverty. Even before the pandemic, children, particularly children of color and very young children, were the poorest Americans. More than 10 million children—nearly 1 in 7 (14.4 percent)—lived in poverty in 2019, the most recent year for which U.S. Census Poverty Data are available.1 The child poverty rate is one-and-a-half times higher than that for adults ages 18-64 (9.4 percent) and adults 65 and older (8.9 percent) (see Table 2). In 2019, a family of four was considered poor if their annual income fell below $26,172, which amounts to $2,181 a month, $503 a week, or less than $72 a day (see Table 3). Almost half of all children living in poverty lived in extreme poverty, which is defined as half the poverty threshold or an annual income of $13,086 for a family of four.

Historical, systemic racism and institutional barriers mean that children of color have been particularly vulnerable to child poverty. Black and Hispanic children experience some of the highest poverty rates in the country, and 71 percent of children in poverty in 2019 were children of color.

Our youngest Americans are being hit hardest during their years of greatest development.

Children’s chances of being poor are also a result of the lottery of geography—with some states and regions having higher rates of poverty and inequality than others—as well as dramatic differences in services and support for children in families with low-incomes.

We know what works when children and families are in financial crisis.7 Mountains of evidence show the benefit of government assistance programs,8 which help curb the negative effects poverty has on children, families, and the economy. Investing in children and their healthy development not only helps our economy, but helps reduce racial disparities and improve opportunities for children in the long run.

Child poverty and racial disparities will worsen if we do not continue to ensure relief for families and expand basic needs programs to help all children learn, grow, and thrive during this pandemic and beyond. Cash assistance, child allowances, rental and housing support, SNAP, and unemployment insurance are all relief measures that must be boosted in the short and long term to help families.

Each September, the U.S. Census Bureau releases income, poverty, and health insurance statistics from the prior year. The official poverty estimates and poverty thresholds released by the Census Bureau inform important policy choices, yet they fail to fully and meaningfully capture who is experiencing poverty and what a family requires to survive and thrive in the 21st century economy. Additionally, as economic conditions have changed dramatically this year, the available data inadequately depicts the challenges that children and families are experiencing due to the impacts of COVID-19. Official Census Bureau measures of poverty are based on a family’s annual resources, which means this data is not only outdated, but creates a lag that makes it hard to spot trends in poverty or measure the impact of policy responses in real time.

However, an October 2020 data analysis by the Center on Poverty & Social Policy (CPSP) at Columbia University monitored monthly poverty estimates, which showed that an additional eight million Americans—including 2.5 million children—have fallen into poverty since May 2020.10 The findings revealed that poverty rose beyond pre-COVID levels after Congress allowed COVID relief to expire. Although the stimulus checks and expanded unemployment benefits included in the CARES Act initially prevented a rise in poverty, keeping as many as 18 million Americans out of poverty in April and May of 2020, CPSP found much of this progress was reversed throughout the summer after cash assistance ended in June and the $600 weekly extra unemployment benefits expired in July.11 By September 2020, the poverty reduction impact of the relief legislation had fallen dramatically and poverty rates had risen among all groups, according to Columbia’s analysis.12 Columbia’s work underscores the importance of frequently updated data to inform wise policy choices, and a forthcoming February 2021 report will update the monthly poverty estimates at a crucial time when a new Congress and administration will be in place.

Advocates and policymakers need consistent, non-partisan, evidence-based, statistically and economically relevant and timely data on child poverty and family income to better respond to this economic crisis and protect children and families from harm.