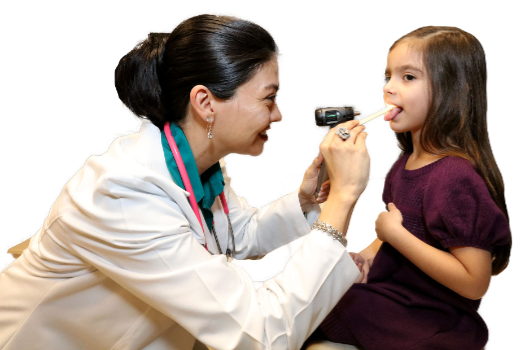 All children need access to comprehensive, affordable health coverage that is easy to get and to keep. Yet, even before our country began facing a devastating pandemic that has left more than 28 million Americans infected with the coronavirus, including more than 3 million children, our children were losing access to the health coverage they need to survive and thrive at an alarming rate.1

Decades of hard-fought progress to expand access to comprehensive, affordable health and mental health coverage through expansions of Medicaid, the Children’s Health Insurance Program (CHIP), and the Affordable Care Act brought the rate of uninsured children in America to an historic low. However, over the course of the last three years, our nation has shamefully reversed course and the number of uninsured children in America continues to steadily increase.2

Unfortunately, this is far from surprising given sustained efforts over the last four years by the Trump administration to undermine the public health insurance system, including Medicaid and CHIP, which form the backbone of the health insurance system for children in low- to middle-income families, as well as the administration’s anti-immigrant rhetoric and policies which have led many families to remove their eligible children—many of them U.S. citizens—from the health coverage they need out of fear of repercussions.7

We know that children with health coverage are more likely to receive the preventive services they need, including immunizations; miss fewer days of school and have better educational outcomes; and grow up to be more economically secure and more likely to contribute to their communities.12 As children are losing coverage at staggering rates, there will be long-term consequences for their health and well-being.

Children Are Not Immune

Although COVID-19 infection and death rates may be lower for children when compared to adults, our children are certainly not immune—to the virus itself or the racial inequities it is magnifying.

These disparities mirror the disparities we see among adults and reflect decades of structural racism and injustice that have created a long history of social and economic inequities.21 Long before COVID-19, children of color were more likely to experience harmful environmental factors and toxic stress, grow up with underlying health conditions, and experience inequitable health care into adulthood including racial bias, discrimination, and inadequate treatment.22 Amid the pandemic, children of color are more likely to live with essential workers; experience crowded housing conditions, food insecurity, and wealth gaps; and face additional barriers to accessing high-quality, non-discriminatory health care—inequities that put the health and well-being of Black, Hispanic, and American Indian children at risk during a public health crisis.23

In addition to COVID-19 cases, the pandemic has created further child health concerns as well. Children are missing routine well-child visits that include important developmental screenings and vaccinations: compared to March through May 2019, there have been 3.2 million fewer child screening services, 6.9 million fewer outpatient mental health services, and 1.7 million fewer vaccinations for children ages zero to two through Medicaid and CHIP.24 Even with the need to continue to social distance and limit potential exposure, ensuring children have access to preventative services is critical in order to prevent further health concerns. Vaccines save lives and are critical in order to keep children safe from preventable diseases and ensure against the added crisis of a preventable outbreak amid the ongoing pandemic.