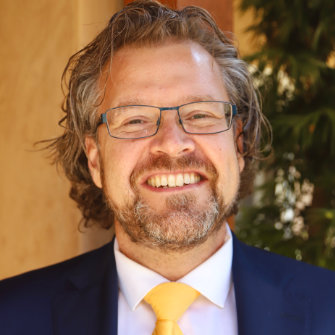 Thomas B. Harvey has a long track record as a lawyer supporting racial justice movements, an innovative litigator who combines legal and organizing strategy to build power in Black and brown communities, and a creative non-profit executive committed to investing in and developing his team while meeting organizational goals.  He joins the Children’s Defense Fund from Advancement Project National Office, where he served as the Justice Project Director.  The Justice Project supports grassroots movements in communities of color that attacks all aspects of the racist and predatory criminal legal system, focusing on police.  Thomas and his team supported local campaigns seeking not simply to reform, but to wholly dismantle systems that criminalize and incarcerate people of color in the name of law and order. His work supports racial justice grassroots organizers through research, policy advocacy, litigation, political education, and strategic communications in cities across the country. His work also includes shifting narratives around safety through strategic communications in an effort to create new models for safety, while dismantling existing structures of white supremacy.

Prior to joining Advancement Project, Thomas helped launch The Bail Project and served as its first National Director of Strategic Partnerships and Advocacy.  Thomas helped set up initial sites across the Midwest.  Thomas also supported research and advocacy around The Bail Project’s efforts to reduce the jail population, save jobs, homes, and families, and attack mass incarceration by demonstrating the coercive and discriminatory impacts of our nation’s cash bail system.

Prior to The Bail Project, Thomas co-founded ArchCity Defenders in 2009 after graduating from law school and served as its first Executive Director until 2018.  In addition to providing criminal and civil legal services to the unhoused population in St. Louis, Thomas built a civil rights litigation unit that worked with organizers and activists on campaigns including federal and state class action impact litigation on debtors’ prisons, cash bail, police misconduct and the illegal use of chemical munitions during protests following the murder of Mike Brown in Ferguson, MO. Thomas is the lead author of ArchCity’s 2014 paper on St. Louis County’s municipal court system which served as the template for the Justice Department’s findings in Ferguson.