The CDF Freedom Schools Program for after-school is now open, enroll your child today! Free for all DCPS students. 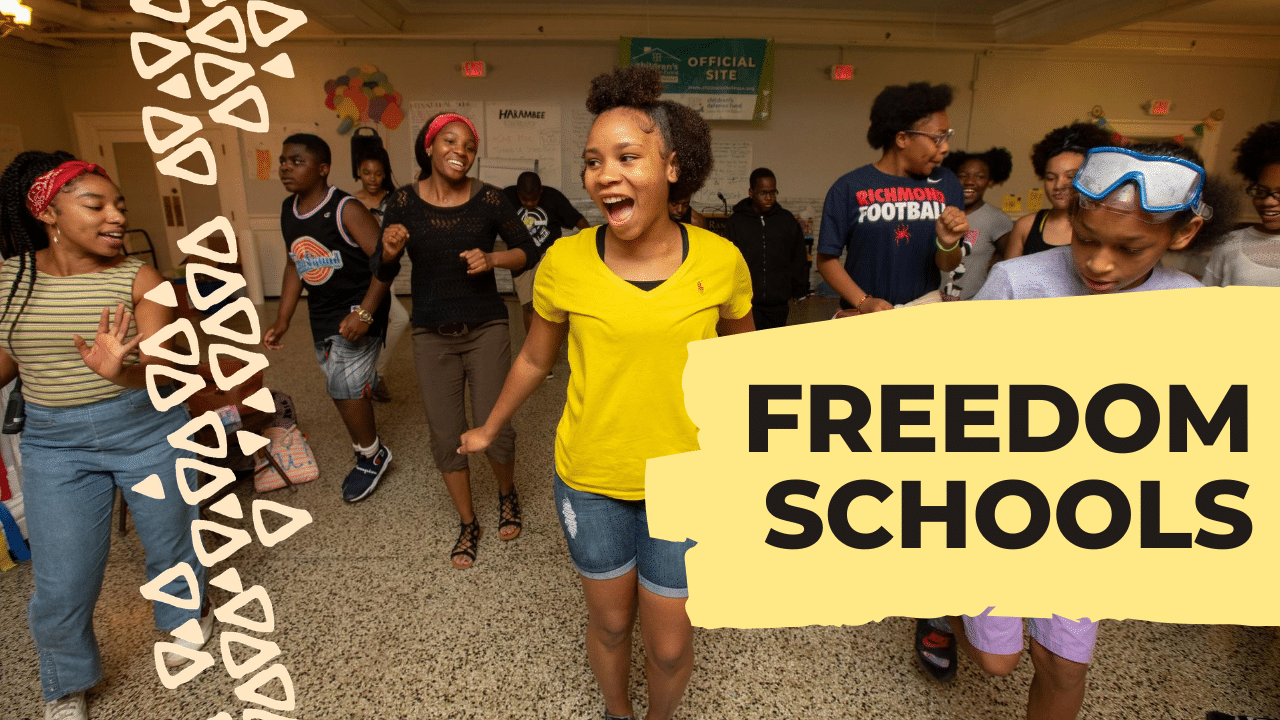 Through the CDF Freedom Schools model, we empower youth to excel and believe in their ability to make a difference in themselves, their families, communities, country and world with hope, education and action.

The CDF Freedom Schools program enhances children’s motivation to read and makes them feel good about learning by exposing them to a research-based curriculum featuring culturally relevant books. At the same time, the program connects families to the right resources in their communities. What sets the CDF Freedom Schools program apart is a focus on enriching the whole child, meaning students and families enrolled in our programming will have access to:

While currently at a 60% parent participation rate, we are striving to increase this number by soliciting different workshop topic ideas that resonate with the needs of the community.