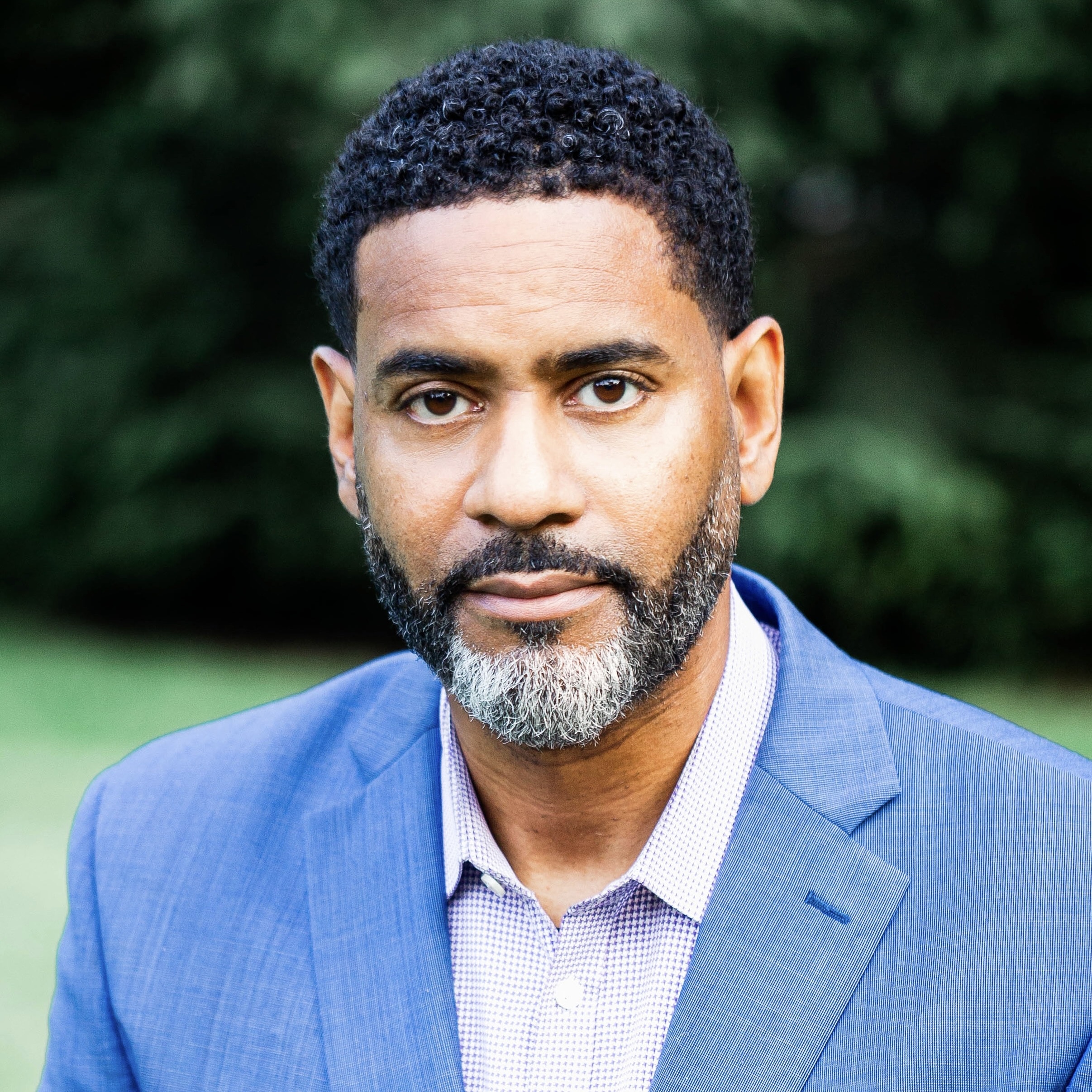 A third-generation warrior for civil and human rights, Rev. Dr. Otis Moss III, 2022 Proctor Institute’s Co-Pastor-in-Residence, has built his ministry on community advancement and racial and social justice activism. As Senior Pastor of Trinity United Church of Christ in Chicago, Ill., since 2008, Dr. Moss routinely preaches and practices a Black theology that unapologetically calls attention to the problems of mass incarceration, environmental justice and economic inequality.

Dr. Moss is part of a generation of ministers committed to preaching a prophetic message of love and justice, which he believes are inseparable companions that form the foundation of the Gospel of Jesus Christ. As part of his community engagement through Trinity United Church of Christ, Dr. Moss is currently providing vision for an ongoing, multi-year social project in Chicago called Imani Village. The goal of Imani Village is to develop and build a physical and social community at 95th & Cottage Grove, gateway to Chicago’s Pullman Community. The project is designed to provide all of the components a community would need to be whole, including a medical health center, lodging for tourists, housing for multiple generations, multiple options for fresh food and vegetables, and a sports and recreation center.

A native of Cleveland, Ohio, Dr. Moss is an honors graduate of Morehouse College who earned a Master of Divinity from Yale Divinity School, and a Doctor of Ministry degree from Chicago Theological Seminary. He returned to Yale in 2014 to present the famed Lyman Beecher lectures. The three-day event included an in-depth discourse on the subject of “The Blue Note Gospel: Preaching the Prophetic Blues in a Post Soul World.” The lectures, which demonstrated a homiletic blueprint for prophetic preaching in the 21st Century, were the foundation of his book, Blue Note Preaching in a Post-Soul World: Finding Hope in an Age of Despair.

Dr. Moss has a passion for preaching, which led him back to the classroom. As a visiting lecturer of homiletics at Mercer University’s McAfee School of Theology, Dr. Moss helped up-and-coming preachers build and strengthen their own preaching ministries. In early 2022, Dr. Moss was named a professor of homiletics at McAfee, where he will continue to teach the next generation of preachers.

In addition to being an author and educator, Dr. Moss is also founder and CEO of the Unashamed Media Group, established in 2012. The production company is a faith based social justice collective, dedicated to curating stories to inspire the heart and challenge structures that hinder human flourishing. The Group’s latest production, Otis’ Dream, is a narrative documentary short film, highlighting Otis Moss, Sr.’s 1946 attempt to vote in Troup County, GA. The film has not only been featured on Oprah Winfrey’s Super Soul Sunday, The Joy Reid Show, and Roland Martin Unfiltered, but it is also the winner of eight film festival awards in the United Kingdom and the United States. Festival awards include Best Narrative Short, Best Documentary Short, Best Musical Score, Best Actor, and Audience Favorite. Currently, Unashamed Media is in pre-production for a feature-length version of Otis’ Dream.

With a unique gift to communicate across generations, Dr. Moss’ creative bible-based messages have inspired young and old alike. His intergenerational preaching gift has made Dr. Moss a popular speaker on college campuses, at conferences, and churches across the globe. He is highly influenced by the works of Zora Neale Hurston, August Wilson, Howard Thurman, Jazz, and Hip-Hop music. The work and legacy of Dr. Martin Luther King, Jr., and the pastoral ministry of his father, Dr. Otis Moss, Jr. of Cleveland, OH, have been primary mentors for his spiritual formation. Over the years a number of awards and honors have been bestowed upon Dr. Moss. Two such honors are:

Dr. Moss is the former pastor of the Tabernacle Baptist Church in Augusta, Ga., his first pastorate, where the church grew from 125 members to over 2100 disciples during his tenure.

His earlier publications include Redemption in a Red-Light District and The Gospel According to the Wiz: And Other Sermons from Cinema. He co-authored The Gospel Re-Mix: How to Reach the Hip-Hop Generation with three other contributors and Preach! The Power and Purpose Behind Our Praise, with his father. His sermons, articles, and poetry have appeared in several print and online publications, including Sojourners Magazine and The African American Pulpit Journal.

Dr. Moss is an ordained minister in the Progressive National Baptist Convention and the United Church of Christ. In addition to his other ministerial duties, he also serves as chaplain of the Children’s Defense Fund’s Samuel DeWitt Proctor Child Advocacy Conference.

He is married to his college sweetheart, the former Monica Brown of Orlando, FL, a Spelman College and Columbia University graduate. They are the proud parents of two creative and humorous children, Elijah Wynton and Makayla Elon.