A Growing Divide That Harms Children

Of total U.S. wealth is held by the richest
one percent of households

The United States is the richest nation in the world, with more than enough resources to provide for the basic needs of every child. Unfortunately, these resources are not distributed according to the needs of our most vulnerable children, but according to the rules set by the wealthiest few who prioritize their further enrichment above all else. The top one percent of Americans control a disproportionate share of the country’s income and wealth, getting richer and richer while millions of children live in poverty. And it’s getting worse.

In 2018, the gap between the incomes of the richest and poorest American households grew to its widest point in 50 years. Income is the revenue a person or family receives either from work or return on investments. Income inequality is the extent to which income is distributed disproportionately across a population and it has been rising in the United States since the 1970s, when the post-World War II boom economy gave way to a long-term trend toward slower economic growth and slower wage growth for lower-income workers.

Over the past few decades, incomes have generally been rising for everyone. In 2018, median household income stayed near its 2017 level—the highest in recorded history.1 This story of broad shared growth is misleading, however; income growth for the wealthiest few has far outpaced growth for everyone else. Since 1980, incomes for the top 1 percent of earners have grown by 226 percent, compared with only 47 percent for the middle 60 percent of earners.2 These unequal growth rates have produced astonishing present-day income disparities: 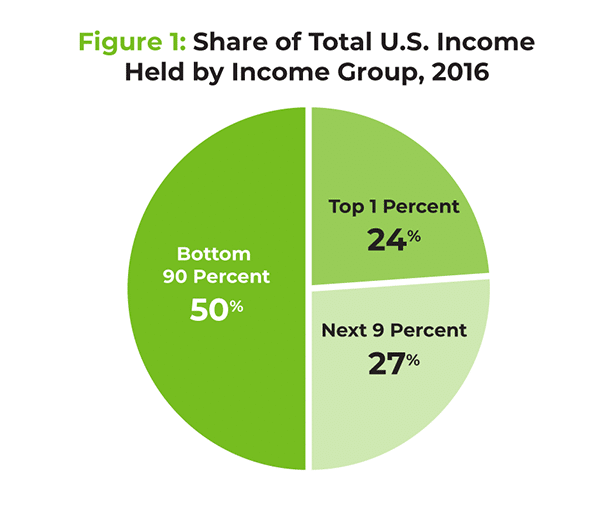 In short, income growth has been concentrated at the top of the income distribution for decades and has had corrosive effects on the American Dream—particularly for our nation’s children. Absolute income mobility has steadily declined since 1940, meaning children born into low-income families may make less money than their parents and income inequality may worsen going forward.6 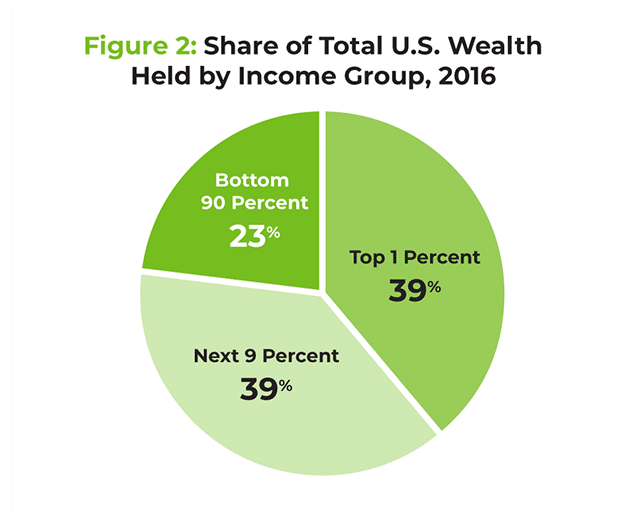 Income and wealth inequality not only exists between the rich and poor but also between different racial and ethnic groups.

Deferred Action for Childhood Arrivals (DACA) recipients are students pursuing college degrees and educators teaching the ABCs.19 They are engineers innovating the latest technologies and help desk geniuses.20 They are first responders and service members.21 They are friends and neighbors woven into the fabric of our communities. And, perhaps most vitally, they are parents tucking children into bed each night.

More than 250,000 children have at least one parent who is a DACA recipient.22 If the Trump administration is allowed to proceed with its plans to cancel DACA, children will suffer developmental, psychological and economic harm.

DACA is a work authorization; it allows parents to pursue careers that support their families. Parents’ loss of work authorizations would mean they are no longer able to work legally, which translates into lost income, poverty and exacerbated wealth inequality. Losing authorization also makes parents vulnerable to exploitation; the need to support a family could push parents into poor or exploitative work environments with pay below the minimum wage, extreme work hours and no benefits.