Children experienced homelessness
on a single night in January 2018

More than a decade after she and her two daughters were displaced by Hurricane Katrina, Sarah Davis returned to New Orleans. Sarah found a job answering phones for a hotel chain, but she didn’t make enough to cover a security deposit to rent a home. She and her teenage daughters were homeless, only able to rent a small house after a local charity chipped in to cover the initial costs. The family now has a home, but half of Sarah’s wages still go toward housing. To make the rent every month, Sarah and her daughters have to make sacrifices: no vacations, no trips to the movies, no new school uniforms. “I have a lot of guilt because I can’t provide for them the way that I want to,” Sarah said.1

Sarah and her children are far from alone. Millions of American families like Sarah’s do not have access to affordable housing. The 2008 financial crisis set off a chain reaction that sparked a nationwide affordable housing crisis. The decimated housing market and subsequent foreclosures pushed millions of homeowners into the rental market; nine million new households entered the rental marketplace over the past decade.2 As more families sought rental housing, construction failed to keep pace with demand and what new units were built were mostly luxury units in big cities. Rents rose and fewer and fewer families could find adequate housing for a reasonable price. The problem of rising rents was exacerbated by the problem of stagnant working-class wages.3

By 2019, rents had risen so dramatically that a person like Sarah Davis working full-time, year-round at minimum wage could not afford the monthly Fair Market Rent for a two-bedroom rental unit in any state or the District of Columbia and still have enough money for food, utilities and other necessities (see Table 8). Families with children have been hit especially hard by the affordable housing crisis.

Federal housing assistance is extremely helpful for families that receive it, but these programs are woefully underfunded and do not come close to meeting the need.

With so many families facing rising rents and so few receiving federal housing assistance, many children fall into homelessness.

Almost 1.4 million children enrolled in public schools experienced homelessness during the 2016-2017 school year, excluding younger children and youth not enrolled in school—double the number at the start of the Great Recession (see Table 9).

According to a report by Voices of Youth Count, an initiative of Chapin Hall at the University of Chicago, 4.2 million teens and young adults experienced homelessness over the course of a year.17 Black and Hispanic youth; poor youth and young adults; youth with less than a high school diploma or GED; unmarried young parents and LGBTQ youth were all at especially high risk of homelessness.

Having a safe, stable home is a basic need for all children. Homelessness, unstable housing and the lack of affordable housing have dire consequences for children’s health, education and future earning potential. We must increase the availability of affordable housing, expand access to living wage jobs and provide support for families who have experienced homelessness to help them meet their children’s needs going forward.

Under existing law, families with mixed immigration status are allowed to receive some federal housing assistance and still live together. These families currently pay higher rents to account for their mixed status and any family members who are ineligible for assistance.18

The Trump administration proposed to change this process and deny housing assistance to families with even a single undocumented member, regardless of whether that member is claiming or receiving any benefits.19 The consequence of this proposed change, by the U.S. Department of Housing and Urban Development’s own analysis, would be devastating: More than 108,000 people could lose their homes, including 55,000 children.20

The administration claims the system must be changed to address the waitlist crisis faced by public housing authorities. But that obscures the real issue: the lack of sufficient funding to ensure that every family, regardless of immigration status, has access to a safe place to call home. 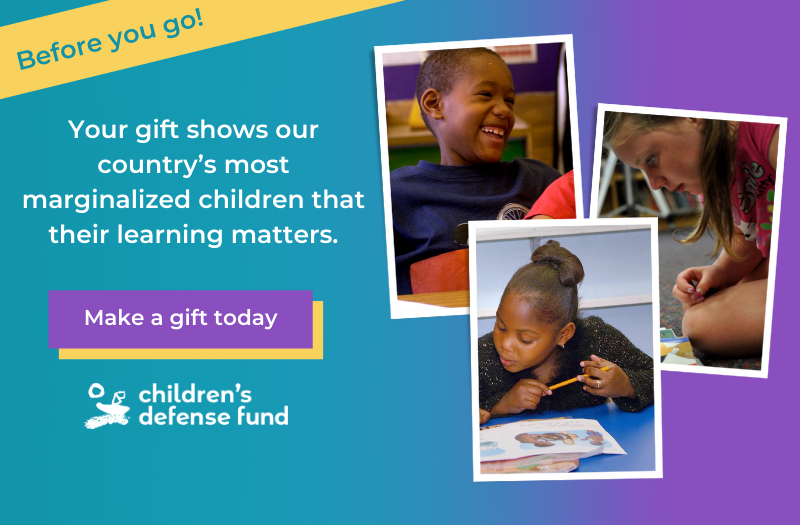