As our nation finds itself immersed in a new movement to end racial and economic injustice, we are thrilled to announce the Rev. Dr. Starsky Wilson as the next President and CEO of the Children’s Defense Fund.

Dr. Wilson is a national thought leader in racial justice, community organizing, and movement building. He is a champion for children’s rights and has a longstanding relationship with the Children’s Defense Fund, having led the effort to bring the CDF Freedom Schools literacy and empowerment program to serve children and families in the St. Louis area and serving as a leader of the annual CDF Proctor Institute for Child Advocacy Ministry.

In the wake of the 2014 shooting of teenager Michael Brown, Dr. Wilson co-chaired the Ferguson Commission, which released the ‘Forward Through Ferguson: A Path Toward Racial Equity’ report calling for sweeping changes in policing, the criminal justice system, child well-being and economic mobility.

Marian Wright Edelman brought Dr. Martin Luther King, Jr.’s vision to the movement to end child poverty. Now, as we enter a new chapter of the struggle for equality and justice in America, we’re incredibly honored to follow the leadership of Dr. Wilson to guarantee the rights of all children.

Dr. Wilson began his tenure as President and CEO in December 2020.

Click here to read the full announcement and reactions from CDF supporters, civil rights activists, thought leaders, and celebrities across the country. 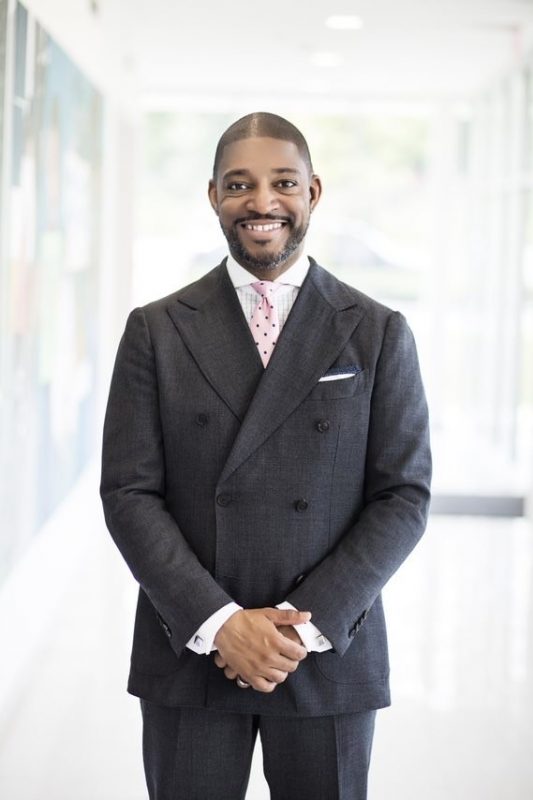 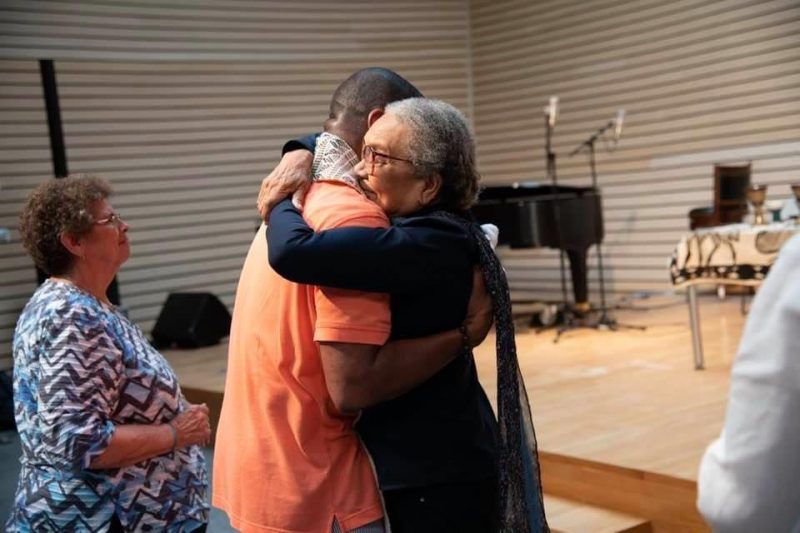 In these times, “I think it’s going to be really important for us to be a voice not just for children,” he said, “but a voice with children and youth who have organized in so many ways to bring us to what could be a transformative moment.”

Read the New York Times feature for more about Dr. Wilson’s vision for CDF’s next chapter. 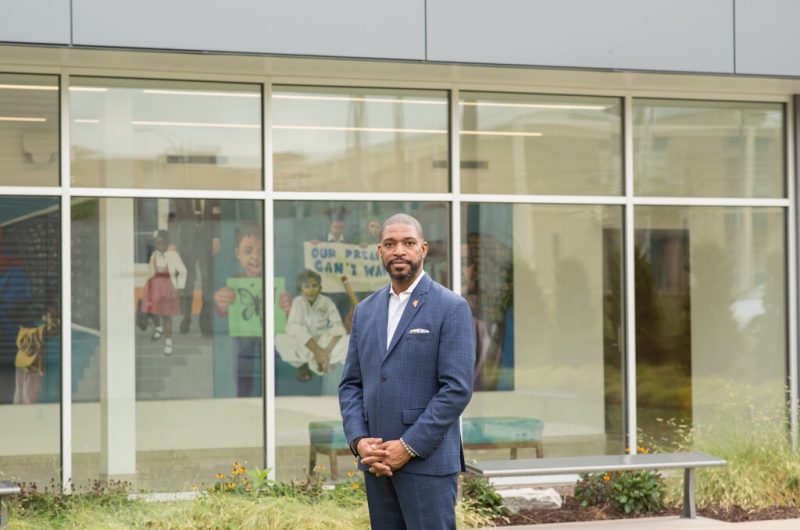 “As the Children’s Defense Fund enters this new chapter, the CDF Board is confident that Rev. Dr. Starsky Wilson is the right leader for this moment and for the future. Just as Marian Wright Edelman created the nation’s premier child advocacy organization on the foundation of the Civil Rights movement, Dr. Wilson’s leadership carries CDF on to the foundation being laid by the Black Lives Matter movement. I look forward to working with Dr. Wilson and continuing this critical work under such an inspiring leader.”

“Marian Wright Edelman is a legend–and one of my heroes. Under her leadership, the Children’s Defense Fund has touched many lives–including mine. Working alongside Marian decades ago changed the way I saw the world, and I am proud to add my voice to the chorus thanking her for her contributions on behalf of America’s youngest citizens. I am excited to cheer on her successor, Rev. Dr. Starsky Wilson, as he leads this vital organization through a moment of reckoning with racial and economic injustice, and puts his experience and dedication to work by fighting on behalf of America’s children.”

“As a child I attended Head Start in Texas. No way I could have known then that the program where I began my love of learning was part of Marian Wright Edelman’s vision to improve the lives of America’s poorest children. For nearly 50 years, under her leadership, the Children’s Defense Fund has demanded that the nation keep its promises to our children, all of them. I am thrilled to see that commitment and tradition pass to Rev. Dr. Starsky Wilson. His stewardship through the turbulence in Ferguson, Mo. and his fight for justice and inclusion make him the right choice to lead the Children’s Defense Fund at this crucial moment in the nation’s development. The fate of the nation is dependent on what happens to our children. Rev. Starsky Wilson is the strong moral, courageous leader that the nation needs now.”

“It is with great excitement that I share my enthusiasm that Rev. Dr. Starsky Wilson has been selected after an exhaustive national search, to become the new President of the Children’s Defense Fund. As the former Chair of the Board of Trustees of CDF, I knew how impossibly hard it would be to replace Marian Wright Edelman, the foremost children’s advocate in America. Her leadership as a fighter to save poor children is world renown. If I was worried that we wouldn’t be able to find someone to fill her impossibly large shoes, that worry ended with the selection of Dr. Wilson. If you are looking for a leader who can tackle the seemingly insurmountable challenges our children face during this historic set of crises, that seem to get worse every week, Dr. Wilson is that person. He not only has the moral authority that is needed today, he has the leadership skills that are needed now more than ever. Our children need someone who is willing to fight powerful institutions, inspire when others have given up and present a clear vision when others try to confuse and obfuscate. CDF has found that leader in Rev. Dr. Starsky Wilson and I am thrilled that he was chosen to take the helm of CDF.”

Geoffrey Canada, Founder of the Harlem Children’s Zone and former CDF board chair

“For almost 50 years, Marian Wright Edelman and the Children’s Defense Fund have spoken truth to power on behalf of our nation’s most vulnerable children. We have been proud to support CDF’s critical work over the last 20 years and are thrilled that Dr. Rev. Starsky Wilson has been selected to continue in Marian’s incomparable footsteps.”

“Marian Wright Edelman is a Five Star General in her fight as an advocate for the civil rights and protection of our children, especially those who have been marginalized. Filling her shoes is no easy task, but choosing Rev. Dr. Starsky Wilson is in perfect step with the goals which she has established. We look forward to continuing our relationship with CDF under Dr. Wilson’s comprehensive guidance.”

“Rev. Dr. Starsky Wilson is the leader that the Children’s Defense Fund deserves at this pivotal time in our nation. I have no doubt that he will ensure that the most vulnerable amongst us, poor Black and brown children, have a steadfast and just leader who will bring the critical issues they face to the forefront. As my dear friend and mentor, the great Marian Wright Edelman, has always told us ‘If we don’t stand up for children, then we don’t stand for much.’ Millions of children have been impacted by the work of Marian Wright Edelman and I have no doubt that Dr. Wilson will do the same. He will stand up for children and amplify their voices as he takes the helm of this critical organization.”

“Rev. Starsky Wilson and I have stood together in protest, policy, and many places in between, and through it all, I have seen him put people first. Whether during our time working together on educational equity, in the Ferguson uprising, or on the Ferguson commission, his values have never wavered, he has always functioned as a true servant-leader, and his determination to protect and uplift the dignity of the most marginalized is unyielding. He is a leader for this time, a leader for this work, and a leader from whom we will all continue to learn a great deal about how to embody justice as we build a more just world. I couldn’t be more thrilled to see him succeed Marian Wright Edelman’s legendary leadership, and look forward to the lasting change that will come for our children and communities under his guidance.”

“There is no better person to take over the helm of this historic organization than Rev. Dr. Wilson. His experience as a community leader will be essential in continuing the tireless work of CDF and taking its work to new heights in its next chapter. Their work will be more important than ever as we face a global pandemic, disproportionately impacting black and brown communities, systematic racism, attacks on immigrants, and divestment in social programs necessary for children and their families to thrive. With Rev. Dr. Wilson as President, I know that the experiences and voices of children and families impacted by inequity and injustice will be at the forefront of CDF’s work.”

“Starsky Wilson has been a real leader in St. Louis. He clearly has a heart for children and a dedication to service that have had a significant impact in the community. I have benefitted from his friendship and advice. He will be an asset to the Children’s Defense Fund and I look forward to working with him in his new role.”

“Rev. Dr. Starsky Wilson is an extraordinary bridge-builder who has spent his ministry being a ‘repairer of the breach.’ He has organically created meaningful relationships with young Black Lives Matter activists and civil rights icons. This is not happenstance, but a skill nurtured by a deep commitment to community building and his belief in the power of developing organizational efficiency with courageous compassion. This is the moment in history where leaders of Rev. Wilson’s caliber are needed to build bridges, speak prophetically, love fiercely, and organize carefully to create a new world for our children yet to be born.  When I received the news CDF will appoint Rev. Wilson as President of this incredible institution I was elated!  Forgive me for using scripture to express my emotions, but the only phrase that is appropriate comes from the epistle penned by Paul to the church at Corinth; “Eyes have not seen, ears have not yet heard…” what tomorrow holds for the CDF as it marches into the future under the stellar leadership of a grounded and gifted young servant named Starsky Wilson.”

“Since the moment I read The Measure of Our Success on my way to college, Marian Wright Edelman has been a guiding light in my life. Her words are powerful but her actions are even more so. I feel extremely honored to have been part of her tireless work on behalf of our nation’s children at the Children’s Defense Fund. Her passion for children’s rights will always burn bright in my heart.”

Make a gift today to welcome Rev. Dr. Wilson to his leadership role and to equip him to continue the Children’s Defense Fund’s legacy of fighting every day for America’s children. 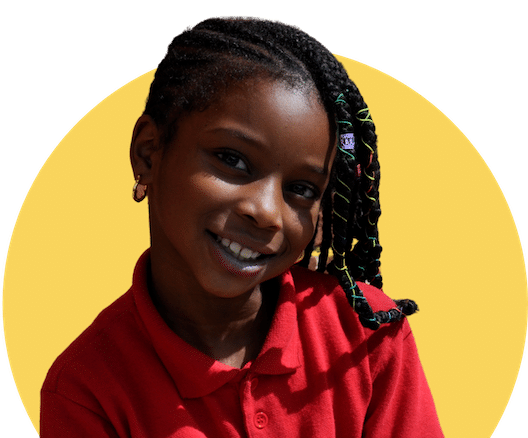 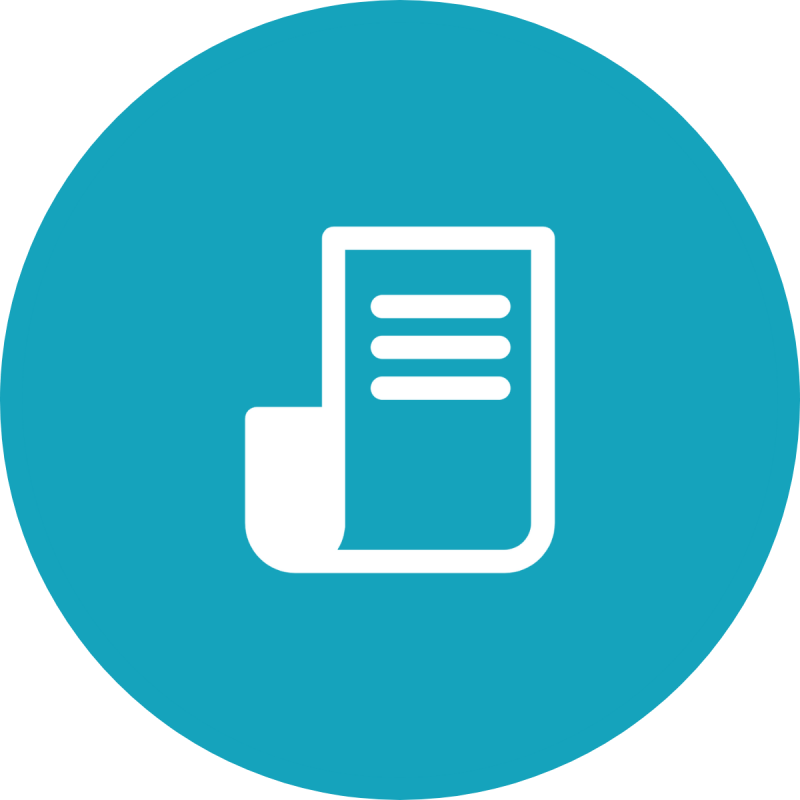 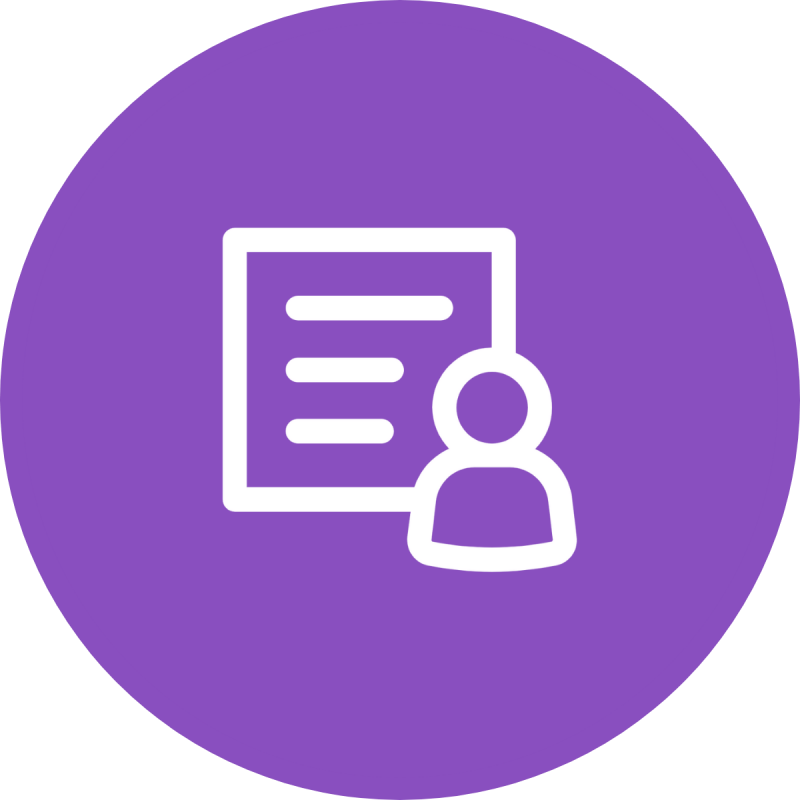 Be a champion for every child. Sign up for updates about how we work to fight for children and ways you can help.